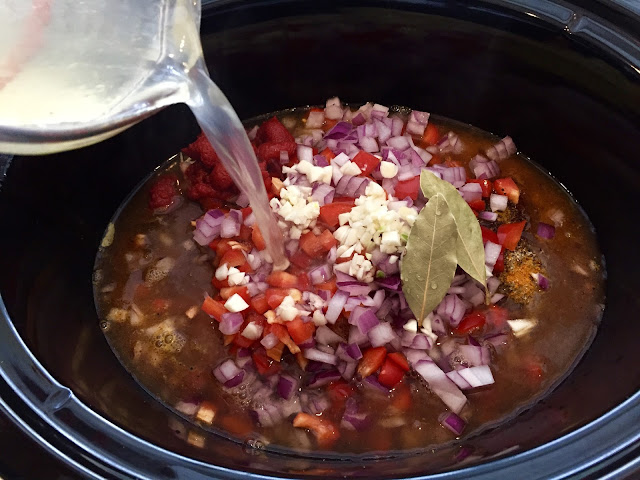 But the truth is, the slow cooker and I haven't always been the best of friends.

Okay fine, I admit it. I am SCC... slow cooker challenged. I can make a French Apple Tart without a problem but the slow cooker? Forget it. I've tried recipes. I've tried just throwing in a bunch of things and seeing what happens. But something would always go wrong. It would taste weird or I would forget to turn it on (minor detail).

One time I tried a recipe from pinterest that promised me a delicious Tuscan soup with quinoa and chicken. What came out was "quinoa glue." Its was awful. That was the last straw! I completely gave up.

But when Dallas came along and a new house renovation was brewing, I needed that slow cooker versatility. I needed the old girl. This time I was determined to make it work. I stuck to the basics. After some trial and error, I finally found some recipes that I absolutely love! Now whenever I know I have a crazy day coming up, I just plan on making one of those. This Mexican Chicken Soup recipe is especially good. And the best part is that it's super easy to do. Just throw everything in and go about your day.

Or in this case, throw everything in, (turn it on), drink margaritas, and serve. 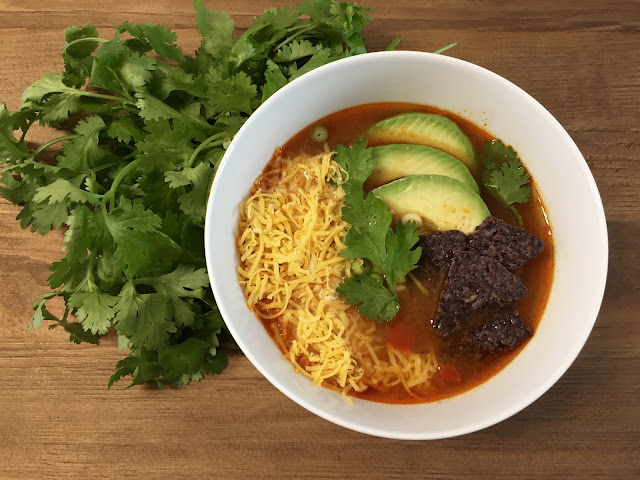 Place the chicken breasts in a slow cooker. Sprinkle chili powder, turmeric, cumin, smoked paprika, salt, and black pepper over the chicken. Add the tomato paste or salsa, bell pepper, onion, garlic, and bay leaves. Slowly pour in the chicken stock and give it a quick stir.

Set the slow cooker on high for 5-6 hours. After it's done, use two forks to shred the chicken. Stir in corn kernels. Taste the soup and adjust seasonings, if necessary (I usually have to add another ½ teaspoon or so of salt). Serve with all the toppings you want. I especially recommend squeezing in some fresh lime juice and topping with cilantro. So delicious. Enjoy!

Adapted from this recipe by The Pioneer Woman, Ree Drummond

Posted by Lauren Marie at 8:00 AM
Email ThisBlogThis!Share to TwitterShare to FacebookShare to Pinterest
Labels: Slow Cooker Mexican Chicken Soup