Dark and Spooky Halloweentini- get the recipe 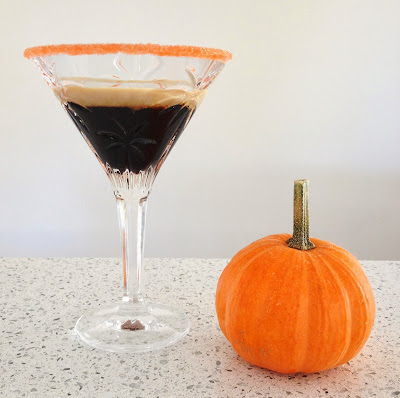 I grew up in a family where yelling at the TV during a football game was the norm.  So, naturally, I married a man who does the same thing.  And when we watch a game together... wooo... you don't have to be watching it to know if we're winning or losing.  Just wait for the next play.  You'll hear. 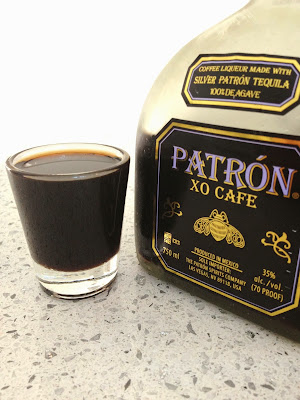 Luckily, Patrick and I both root for the same baseball team, the same college football team, but not the same NFL team.  Thank goodness our teams aren't in the same division.  Otherwise, our marriage would be pretty rocky during the Fall.  The other Sunday both our teams were playing at the same time.  We decided to head downtown to a swanky new place where we could get a good brunch and watch both games. 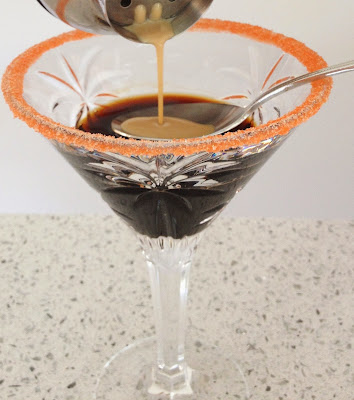 While Patrick was happily eating his gourmet breakfast burger with a side of victory, I was drowning my sorrows in a delightful crab and potato frittata with a side of "what the heck kind of play calling is that."  We made friends with the couple next to us who were going through their own marital football problems.  Their solution?  A baby Guinness shot. 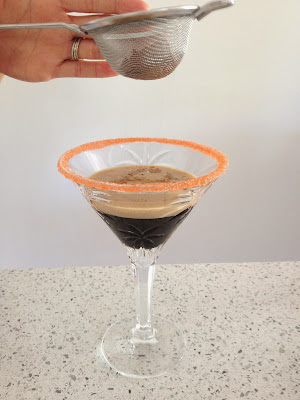 I had never heard of it before.  It's made from coffee tequila and Irish cream.  It literally looks like a little Guinness in a shot glass.  I immediately turned to Patrick and said, "Can't you just see that in a martini glass rimmed with orange sugar?  It would be perfect for Halloween!"  Patrick looked at me and smiled.  And then I thought, "Well, at least we both agree on college football."


Three days later, my Dark and Spooky Halloweentini was born! :) 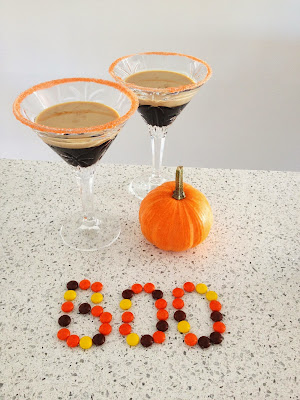 Posted by Lauren Marie at 1:09 PM
Email ThisBlogThis!Share to TwitterShare to FacebookShare to Pinterest
Labels: Halloweentini