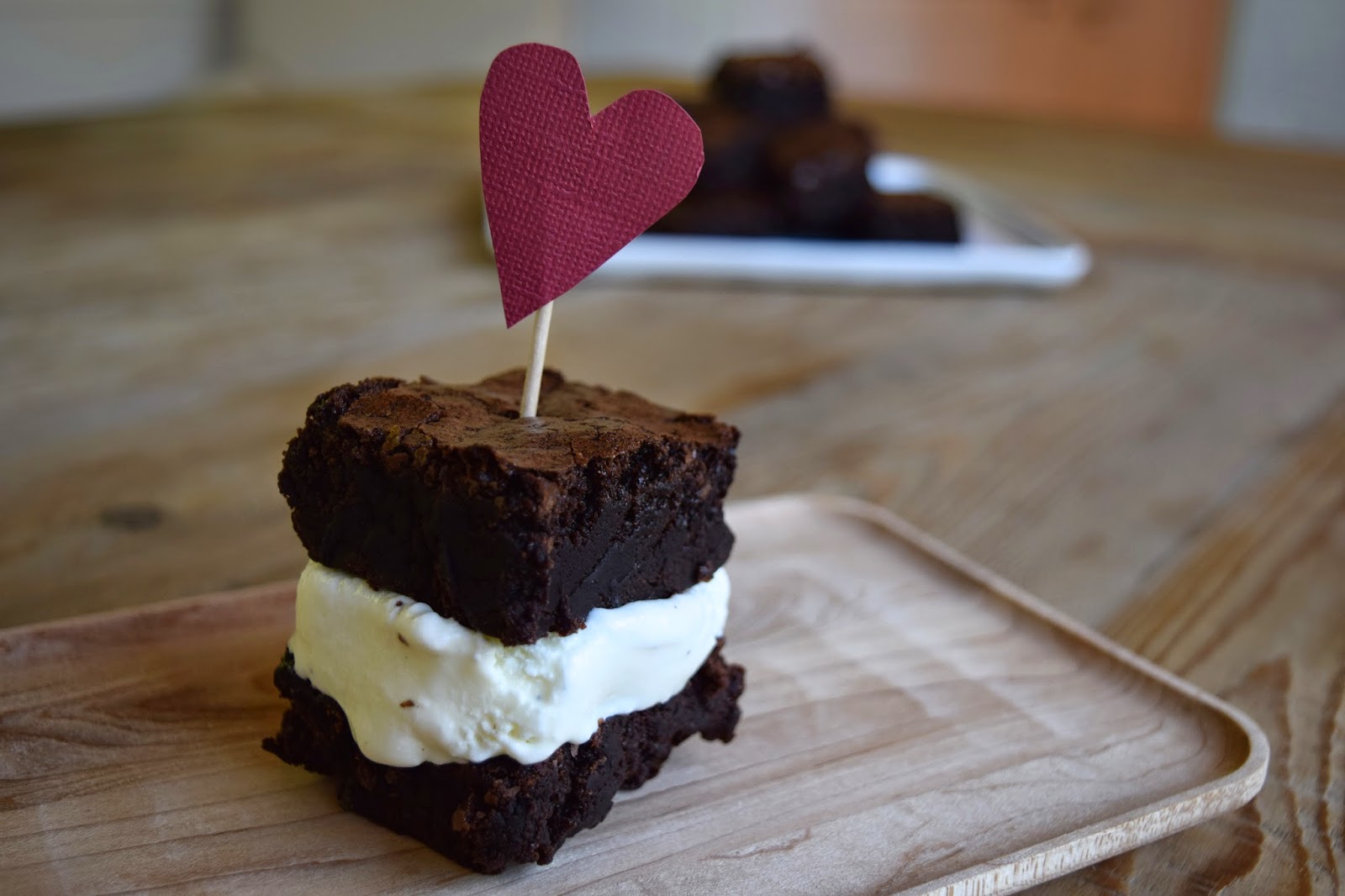 Patrick and I had a very intense talk last Sunday. A big discussion. It happened in the kitchen, of course, while we were cleaning up after our little Superbowl get together. "I really like brownies," I said half talking to Patrick and half talking out loud. It may seem like an off-the-wall, blank statement but that's truly what I was thinking about-- my love for brownies. For the party, I had made a big batch of chocolate chip cookies and a big batch of brownies. Yes, of course they were GF. Duh. But when it came to dessert time, there was no hesitation. I wanted a brownie with my after-dinner espresso. No contest. Not even close.

My quick draw surprised me. But then Patrick spoke up, "I know, brownies are just so good. You can always have a brownie." And then the big discussion began. We talked about our preference of fudgy brownies over crispy ones. And strategies to choose the absolute best brownie in the bunch. As well as how we both prefer brownies to be cut bite-size so you can just pop them in your mouth. It was like we were falling in love all over again. Reassurance that I had in fact married my {brownie} soulmate. 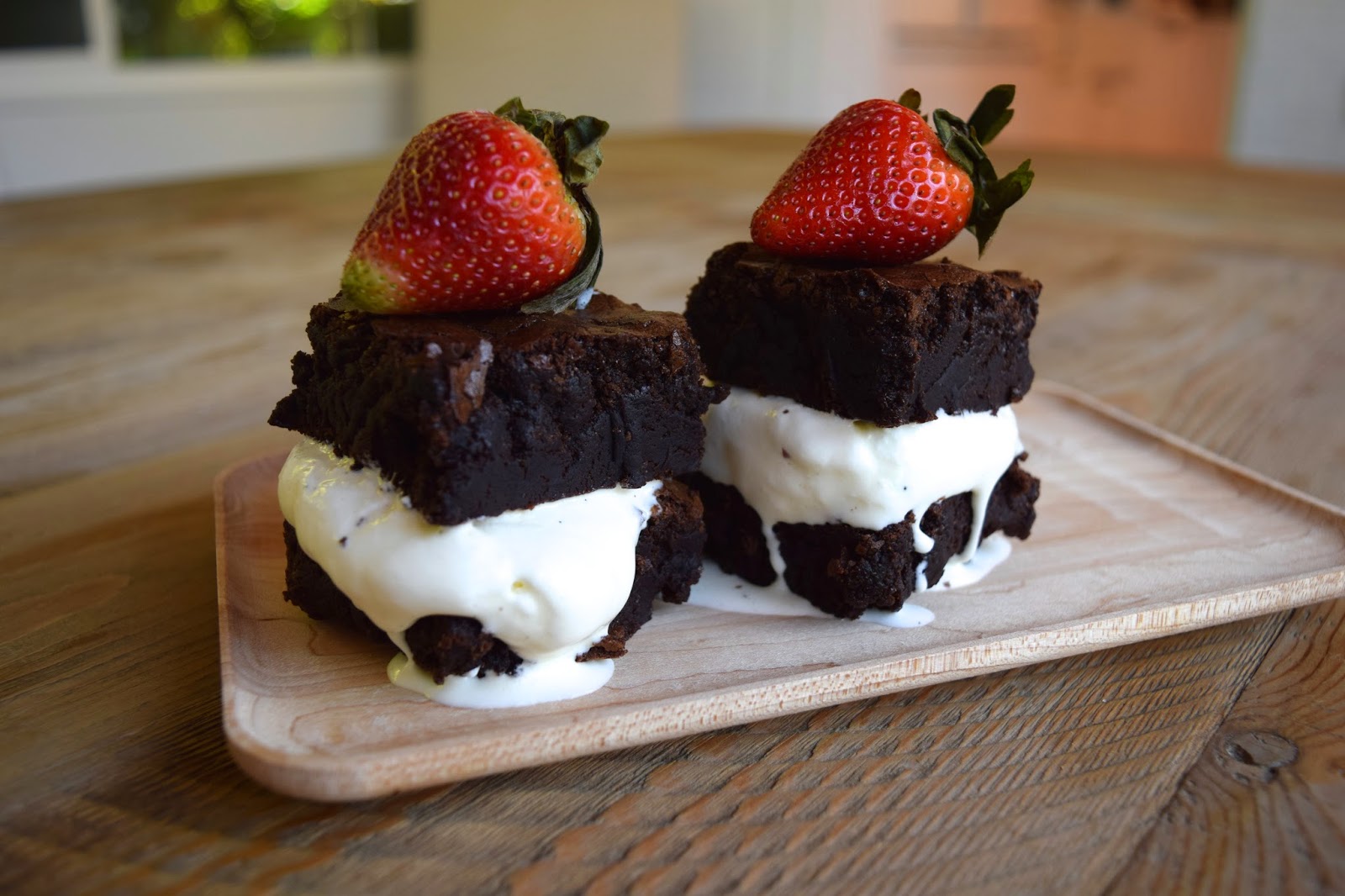 The conversation sent me floating into the next week. Brownies. You can't not smile when you hear the word. But what else could I do with brownies? Hmmm... And then I remembered a particular family lunch this past summer. For dessert, I thought homemade ice cream sandwiches would be perfect. But this time, I decided to make them with brownies. I found this photo the other day. This was the reaction when I placed the sandwiches on the table. Priceless. 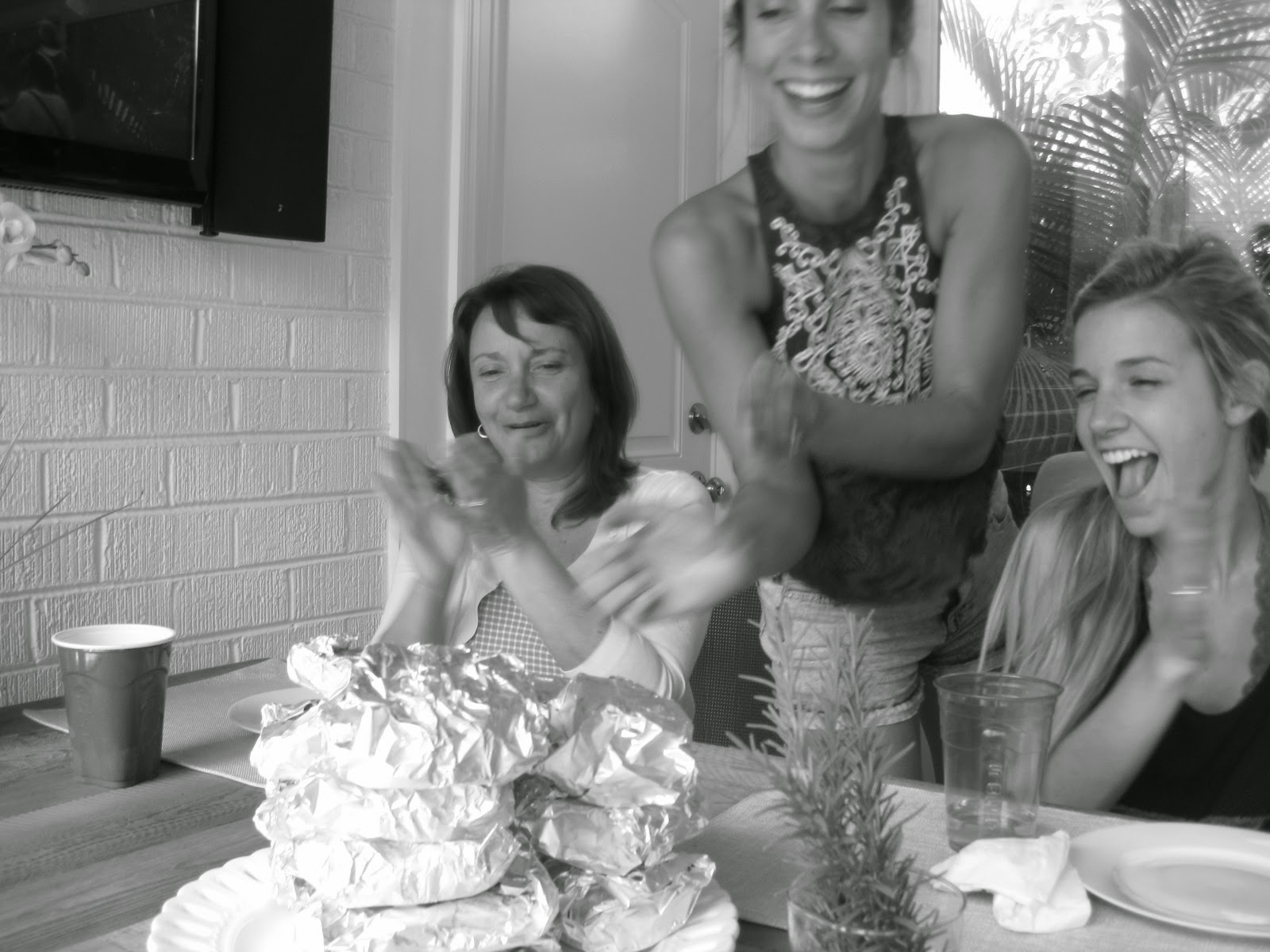 I’ve been making homemade ice cream sandwiches for years now, but always with chocolate chip cookies. One day I thought, why not use brownies? I made it easy on myself and used the best box mix I could find. The result was a crazy-amazing invention that made everything right with the world.

Preheat the oven to 350 degrees.

Use butter or coconut oil to grease an 8x8 square baking dish. Set aside. In a large bowl, whisk together eggs, coffee (or almond milk), and melted butter (or coconut oil, if using). Add the brownie mix and stir until completely combined.

Bake for 35-40 minutes or until a toothpick inserted in the middle comes out mostly clean (a few crumbs is OK). Let it cool completely.

Once cooled, run a knife along the edges to gently separate the cake from the pan. Place in the freezer for 30 minutes. Then, cut into 16 squares. Spoon a tablespoon of softened ice cream on the top of one brownie square. Top with the second brownie, bottom side down. Gently press together. Place in a shallow pan or plate. Continue until all 8 sandwiches are made. Freeze until firm, about 30 minutes. Wrap each sandwich tightly with foil. Keep in the freezer for up to 1 week.


*Take the ice cream out when you remove the brownie pan from the freezer. It can soften up as you cut the brownies. Then, everything is ready to assemble at the same time! 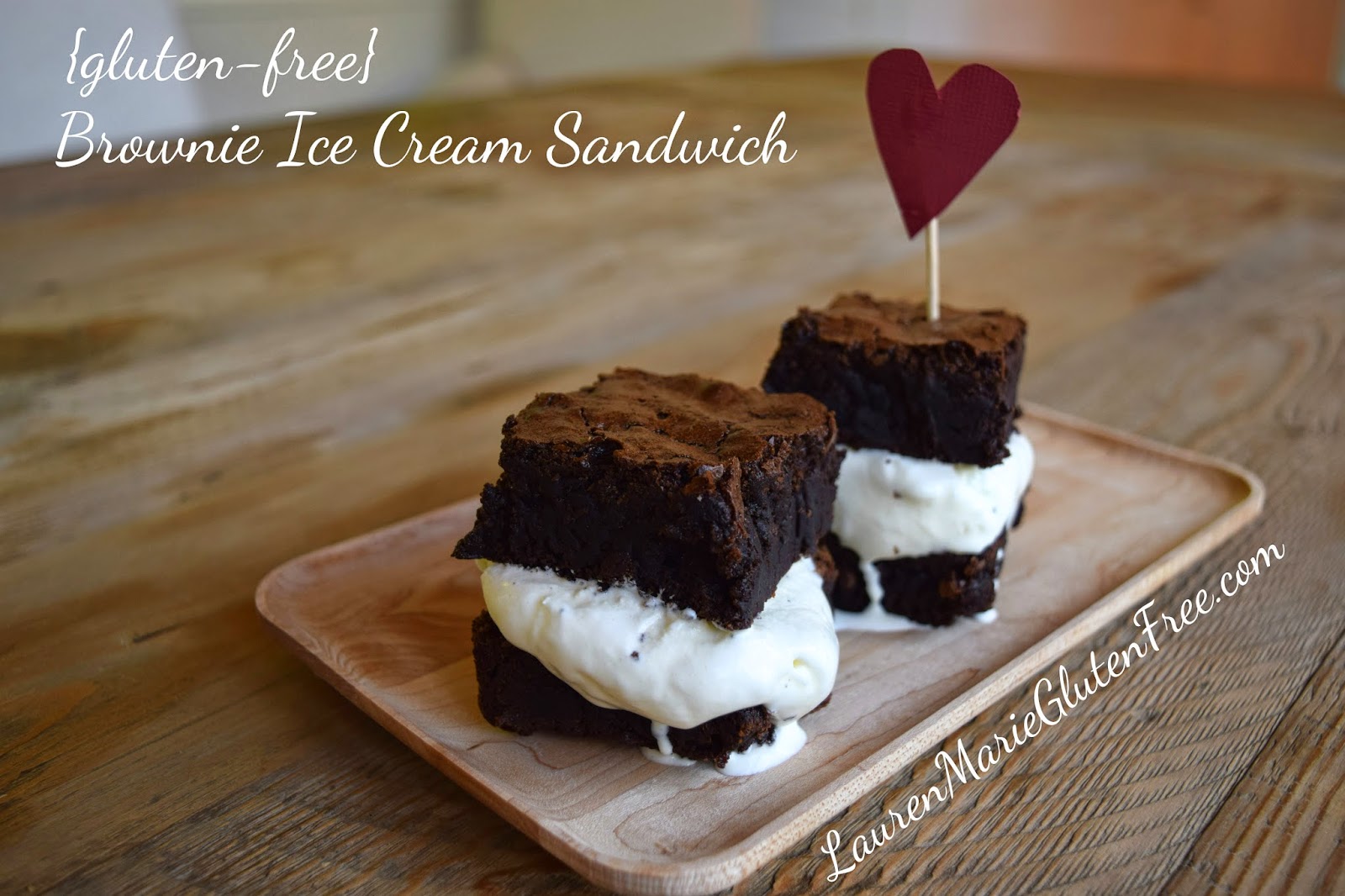 Posted by Lauren Marie at 9:32 AM
Email ThisBlogThis!Share to TwitterShare to FacebookShare to Pinterest
Labels: dessert, valentine's day