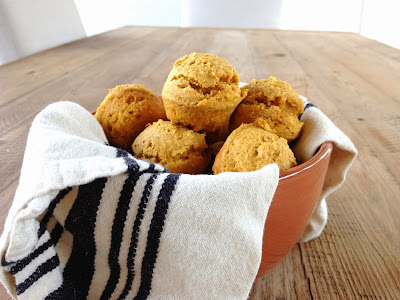 I have to admit, I am a bit of a "mixer" when it comes to my Thanksgiving plate.  Initially, each scoop of food gets it's own space.  Of course, I strategically reserve the larger spaces on my plate for 2 or more scoops of my favorites- hello sweet potato casserole! But once I start eating, that's when the mixing begins.

You know, a little sweet potato casserole with Yukon gold mashed potatoes never hurt anyone.  And I'll do honey ham with cranberry sauce.  That's right, I live on the edge. 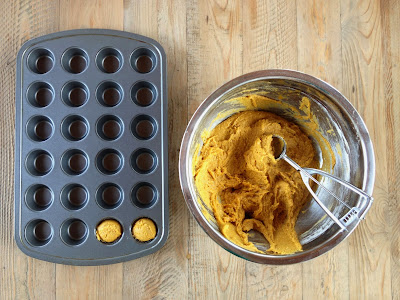 My family is about 50-50 in terms of "mixing" opinions.  Patrick and my cousins are not big fans of the mixing technique.  They like to enjoy each dish on it's own.  It's admirable, really.  Then on the other end of the table, you've got my uncle who is considered the "food mixologist" of the family.  He is notorious for eating dessert on his dinner plate.  He'll get a little black beans in his ice cream.  He's cool with that. 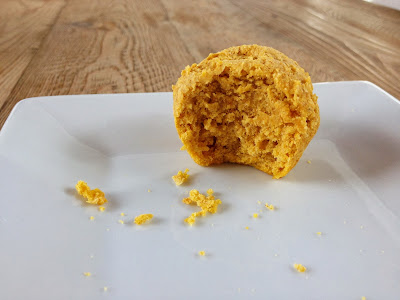 But since going gluten free, I have missed having some sort of bread to scoop everything up with.  You know, to help me mix.  That's when it hit me, Pumpkin Cornbread!  Slightly sweet with just a hint of cinnamon and moist because of the pumpkin puree.  Oh, and I made them mini muffin sized so they fit perfectly on your full Thanksgiving plate.  Perfect for mixing or just munching on it's own- with my Cinnamon Honey Butter.  Oh snap :)