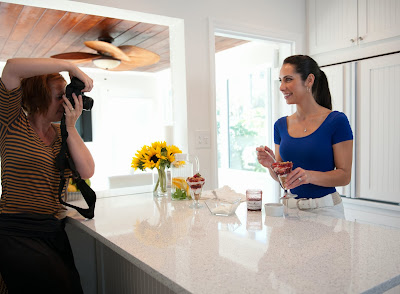 Do you believe in kindred spirits?  It's when two people who have just met feel like they've known each other for years.  You just click, like tomatoes and basil or chocolate and strawberries.  Ay yai yai, there I go again.  Always thinking about food... :) 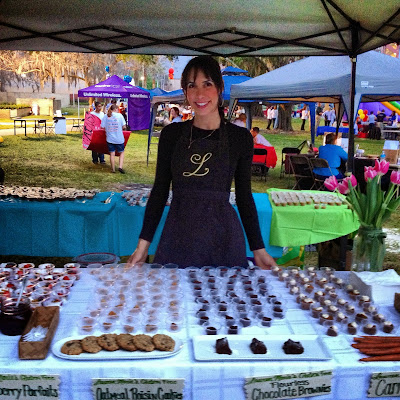 Anyway, back to kindred spirits.  This past March, I was lucky enough to participate in my local 2013 MADD Walk (Mother's Against Drunk Driving).  It's such a wonderful cause! Patrick and I handed out hundreds of samples of my gluten free recipes to participants.  It was so inspiring and so much fun!

In the booth next to me was a photographer.  She was this wonderfully crazy woman with fiery red hair.  Her name is Angela Sackett.  Let's be honest, most photographers would probably just set up a table with samples of their photos and call it a day.  Not Angela! She took it one step further and set up a free photo booth, complete with a huge box of costume accessories.  It was a big hit! 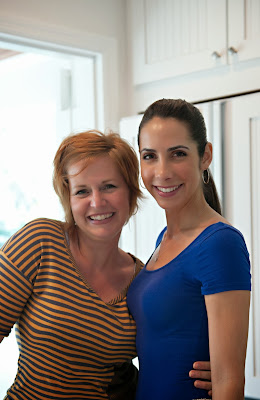 After we said our initial hello, I turned to Patrick and said, "Have we met her before?"   I literally felt like she was an old friend.  During our breaks we would race back and forth from each other's booths, laughing like little school girls.  When she told me that her secret passion was food photography, we knew it was only a matter of time before we were collaborating. 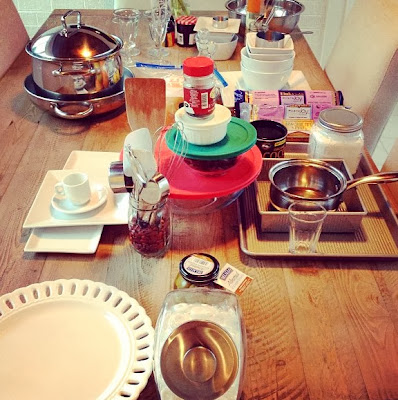 One month later Angela and her beautiful daughter Anna were in my kitchen.  Take a look at this picture!  This is what my dinning room table looked like the night before the photo shoot.  Organized chaos is what I like to call it.  My plan was to make an easy and tasty brunch menu and a dinner menu that really brings back some great memories. 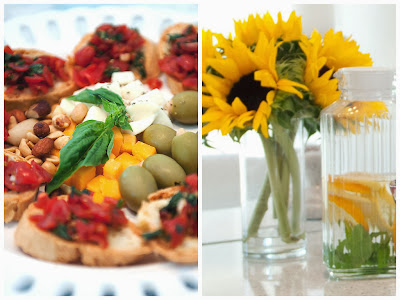 Even with all the preps and running around, I really wanted to welcome Angela and Anna with a little bite to eat.  It had to be simple though.  So I served my go-to appetizer for when I am really pressed for time: an antipasto platter.

I placed some cheese cubes, nuts, and olives in the center of my platter and bordered it with my Grape Tomato Bruschetta.  It not only looks pretty, but it tastes great too.  To drink, I gave my water pitcher an upgrade with some fresh orange slices and mint sprigs. So simple, but so refreshing!

So there we were, munching, arranging, and snapping photos.  But do you really want to know where this photo shoot went?  I'm so excited to tell you, but I can't tell you yet!  Stay tuned, more surprises to come :) 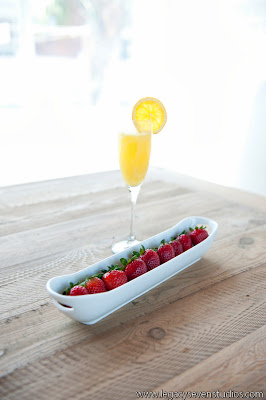 Posted by Lauren Marie at 10:41 AM
Email ThisBlogThis!Share to TwitterShare to FacebookShare to Pinterest
Labels: Photo Shoot Surprise!